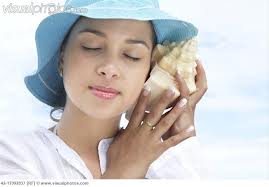 I’m not one for New Year’s resolutions.

Those of us who feel each new day is a beginning don’t generally get the importance of the turning of the year, or birthdays, for that matter.  But, reading Darren Rowse’s Blog on Keeping content flowing (from 2/2009) on Problogger  at http://www.problogger.net , I decided to get organized this year.  After all, I have all the necessary elements: I love to write, am passionate about media and children and there is no lack of material on which to ponder and opine.
Where to begin?  Trying to listen.  Listen carefully to what I hear on the street, in friends’ homes, on trains – wherever – from children.  One such overheard tidbit was published in the NY Times Metropolitan Diary .  I already have a mug from a previous submission, hoping for another.

In any event, listening is where  interest begins, but of course, the interest has to be there before I bother to listen. So, it is something of a conundrum.

Listening has reminded me of one of the most important things for anyone who gives workshops and presents to the public: don’t assume you know about other people, their lives and values.  I’ll give you an example:  I was on the subway just before Christmas and a woman was standing over her little girl, who was about five years old.  Neither of them had a hat or gloves. Here is how the conversation went (my inner reactions/dialogue in italics)
Girl:  I want to make the brownies.
Mother:  T.J.’s has great brownies.  We could get some and go to Al’s.
Girl:  I want to make the brownies
Mother:  But making them means mixing it in a bowl, waiting for them to bake and cool, then cutting and packing them.  It takes a lot of time.  It’s a lot of work.
Girl:  I want to make them.
Me: Make the brownies with the kid, you lazy thing.
Mother: You want to go to Al’s, right?
Girl: Yes
Mother: Then, we’ll go to T.J.’s for the brownies so we can go to Al’s, OK?
Girl: (pauses) OK.
Me: The poor kid, her mother won’t even make brownies with her.
Mother: We’ll have dinner first.
Girl: Where?
Mother: They’re having a special meal at the shelter.
Me: ( silence)
Stereotypes of the “good mother” had gotten in the way of my hearing what was really going on, until the last exchange opened my heart to this family’s situation. Hasn’t got much to do with media, right? Maybe not, but the stereotypes promulgated by popular culture through television and video games do not help with this rather delicate process. We need some space, some attention and some relative quiet to develop listening that can lead  to a kind of impartiality that can really hear people and therefore be in a real relationship to them, one by one.