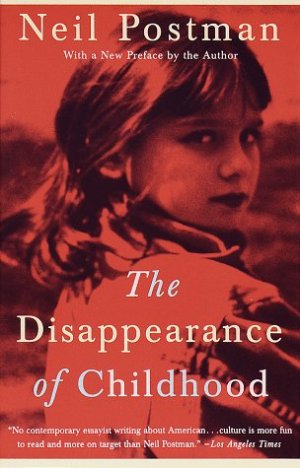 One of my regrets is that I never met or worked with Neil Postman, who died in 2003. Today would have been his 80th birthday. To me, he kept his eye on the ball – what was important in the whole conversation about media, messages, and culture. When I read one of his most famous sentences: “Children are the living messages we send to a time we will not see,” in The Disappearance of Childhood, I knew this man understood something fundamental about communication and the preservation of culture: that children become the messages they receive, delivering them on into a fluid social structure in the future. It matters what those messages are. For me, he gave a specific structure to the Native American wisdom about thinking of seven generations to come.
That someone would usurp this phrase, “Children are the living messages we send to a time we will not see,” is shocking in its temerity. And, that search engines have gotten it so wrong shows we need to be vigilant.
I can’t say it any better than Lance Strate, a student of Postman’s who is now Executive Director of the Institute of General Semantics and on the board of the Media Ecology Association in his blog:
http://lancestrate.blogspot.com/2011/03/children-are-living-messages-we-send-to.html
Strate says that Postman probably would shrug this off, but what message would that send?